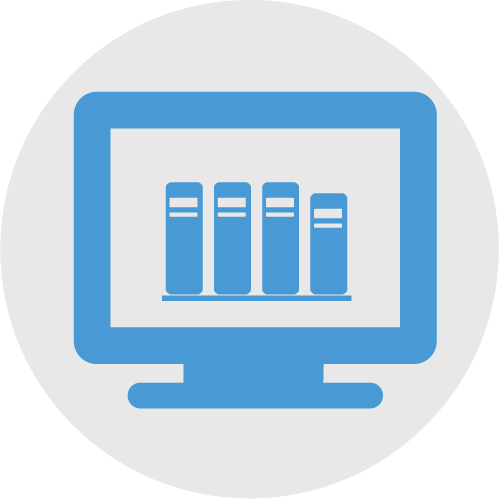 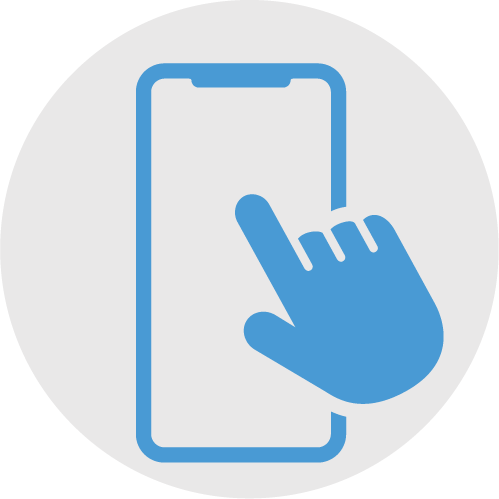 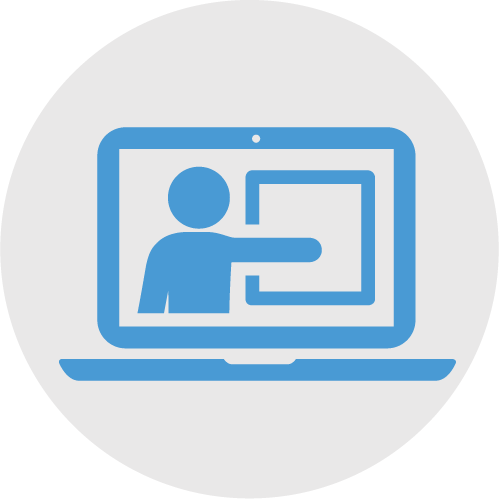 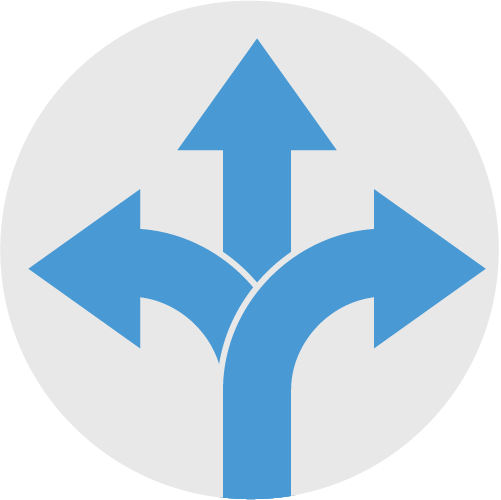 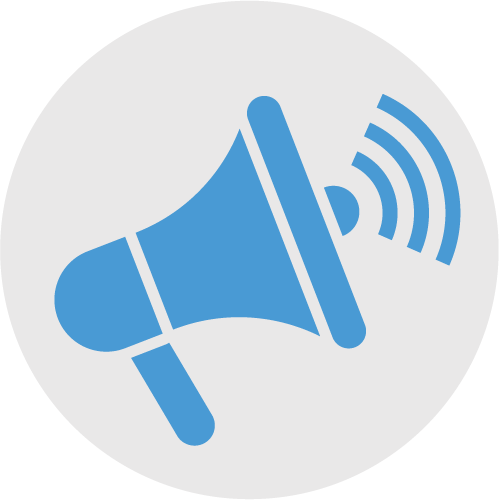 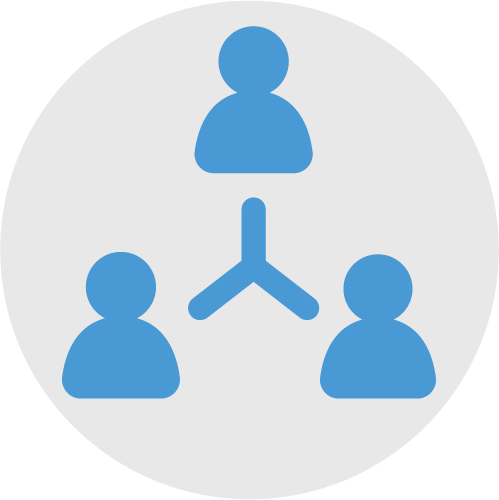 National Network of IS Experts

Our ability to reach EHE 2030 goals is strengthened by the knowledge compiled in this supplement, the services of ISCI and connected hubs

END_OF_DOCUMENT_TOKEN_TO_BE_REPLACED

A systematic review of U.S. studies that identified multilevel determinants of PrEP implementation using the updated Consolidated Framework for…

END_OF_DOCUMENT_TOKEN_TO_BE_REPLACED

Whether you are seeking resources about specific implementation science (IS) topics or simply exploring the field, our reading list provides a catalog of articles and…

END_OF_DOCUMENT_TOKEN_TO_BE_REPLACED

Our team includes faculty and staff from Northwestern University as well as a team of experts from across the country. Leading ISCI efforts and daily operations includes: 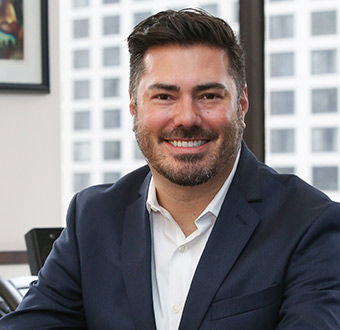 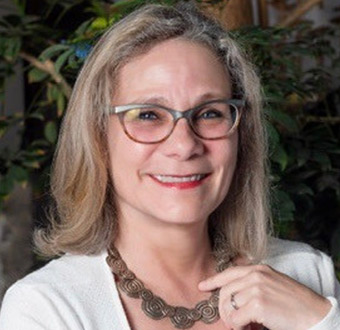 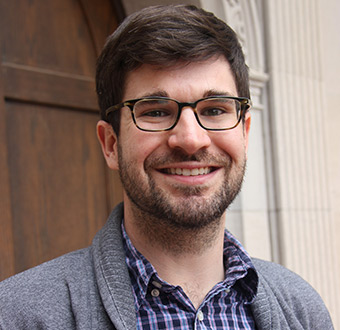 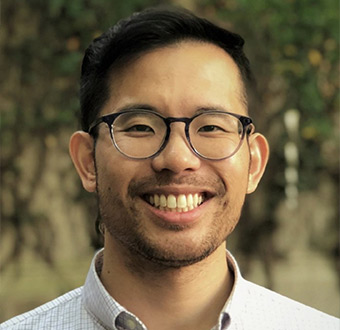 Director of Community of Practice 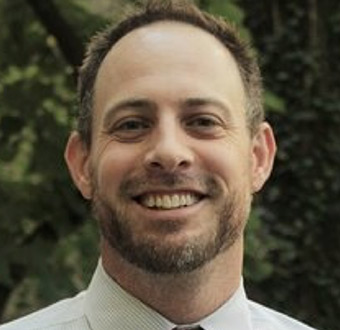 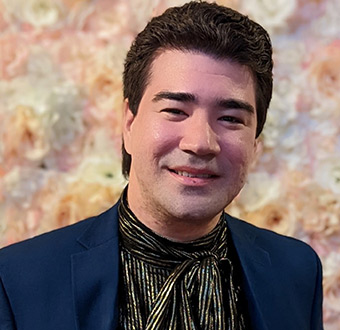 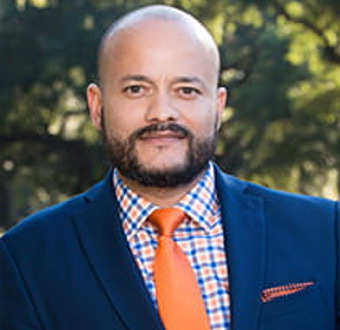 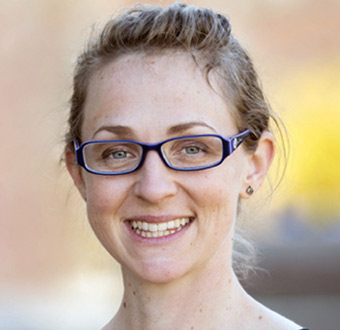 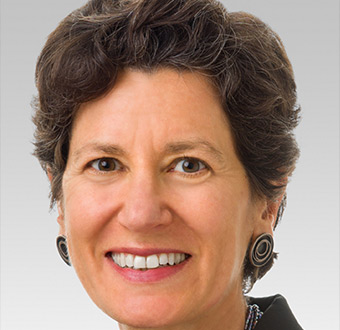 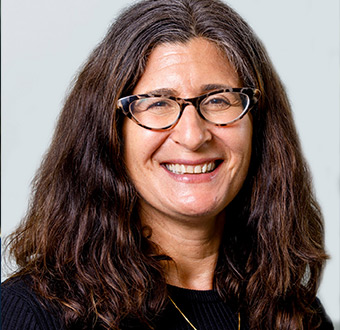 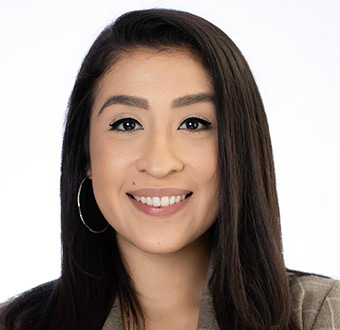 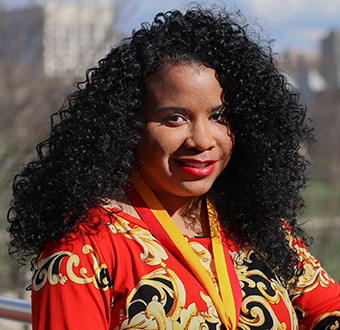 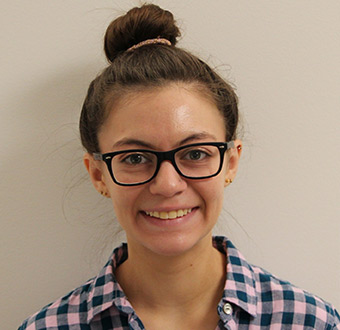 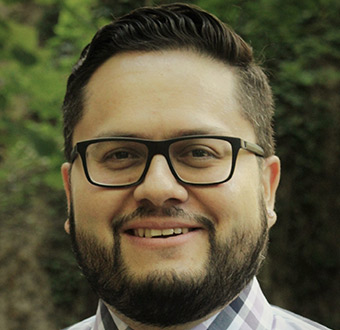 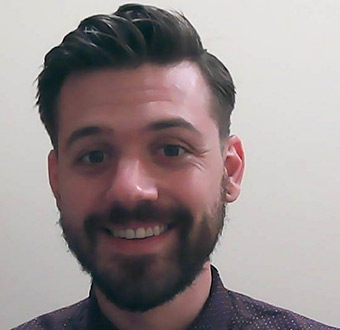 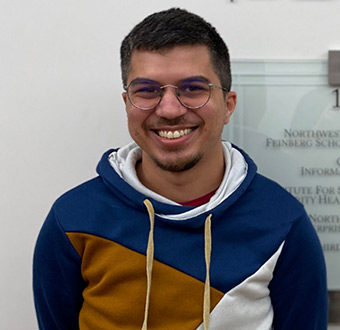 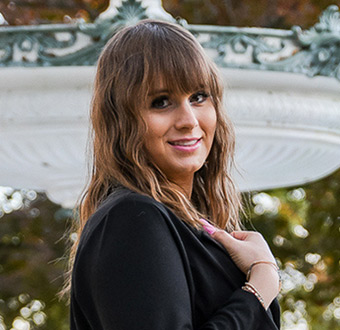 ISCI Interchange is a bi-weekly newsletter which features IS news, publications, events, and exciting career opportunities. 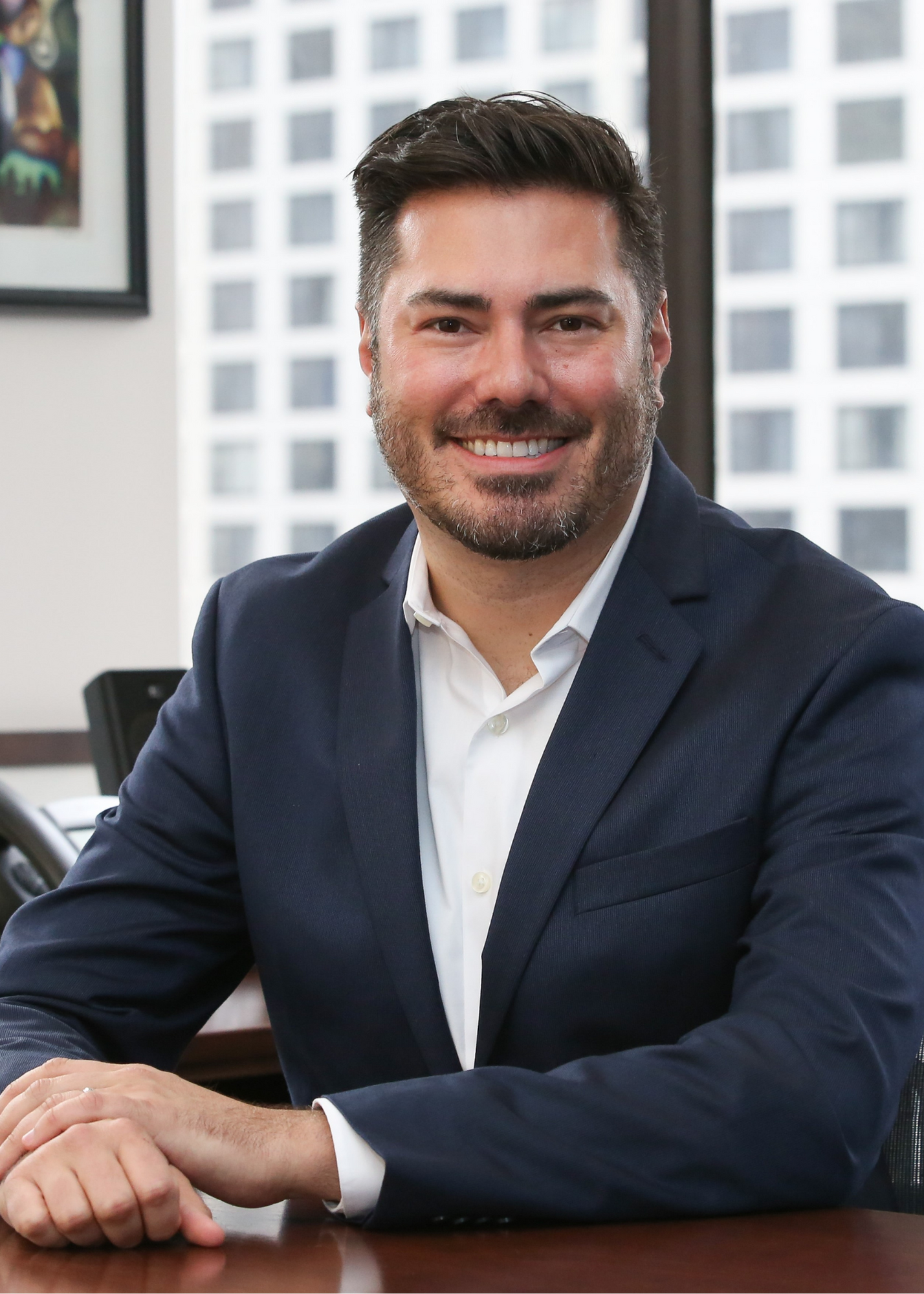 Brian Mustanski, Ph.D. is tenured Professor of Medical Social Sciences at Northwestern University, Director of the Institute for Sexual and Gender Minority Health and Wellbeing, and Co-Director of the Third Coast Center for AIDS Research (CFAR).  Within the CFAR he co-directs the Implementation Science Coordination Initiative (ISCI), which seeks to leverage and support the use of implementation science to help end the domestic HIV epidemic. The majority of Dr. Mustanski’s research focuses on the health and development of LGBTQ youth and the application of new media and technology to sexual health promotion and HIV prevention. He has been a Principal Investigator of over $60 million in federal and foundation research and training awards. In addition to ISCI, his current projects include a NIDA-funded cohort study of young gay/bisexual men that seeks to gain a multilevel perspectives on the drivers of substance use and HIV in this population and two hybrid effectiveness-implementation randomized controlled trials of HIV prevention program for adolescent and young adult gay/bisexual men (NIDA, NIMH, NIMHD).  He has published over 300 journal articles that are cited in the top 1% of citations in public health and social science (Clarivate’s 2021 Most Highly Cited Researchers). Dr. Mustanski is a frequent advisor on LGBTQ health and HIV prevention to government agencies at the federal, state, and local level and to community organizations, including serving as an appointed member of the National Advisory Council on Minority Health and Health Disparities and the NIH Council of Councils Sexual and Gender Minority Research Working Group. Some recognition for his work includes being named a William T Grant Scholar and NBC News selecting him in 2017 from 1,600 nominees to their inaugural list of 30 changemakers and innovators making a positive difference in the LGBTQ community.  In 2020, he served as the 46th President of the International Academy of Sex Research. 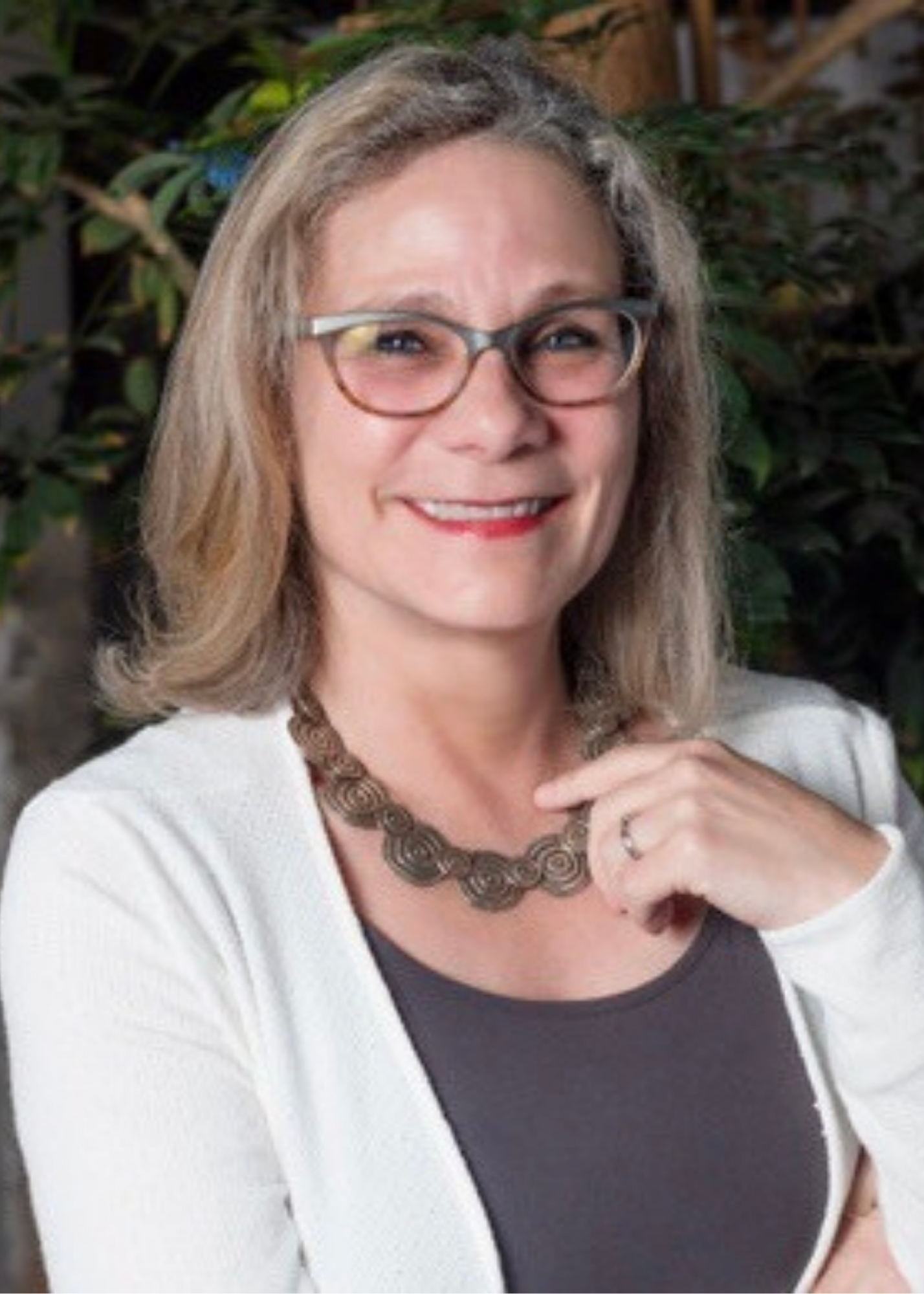 Nanette Benbow, M.A.S, (she/her) co-directs ISCI and is a research assistant professor in the Department of Psychiatry and Behavioral Sciences at the Northwestern University Feinberg School of Medicine, Director of the Third Coast Center for AIDS Research (TC-CFAR) End HIV Scientific Working Group, and member of the Center for Prevention Implementation Methodology (Ce-PIM). Her research interests include the use of epidemiologic and network modeling to improve HIV prevention and care continua; health equity for Latinos and sexual and gender minorities; and developing academic-public health partnerships in implementing evidence-based interventions that reduce HIV incidence in local settings. Before joining the Northwestern Faculty in 2016, Ms. Benbow was deputy commissioner of the STI/HIV Services Bureau of the Chicago Department of Public Health (CDPH) where she oversaw the development and implementation of prevention and care interventions. 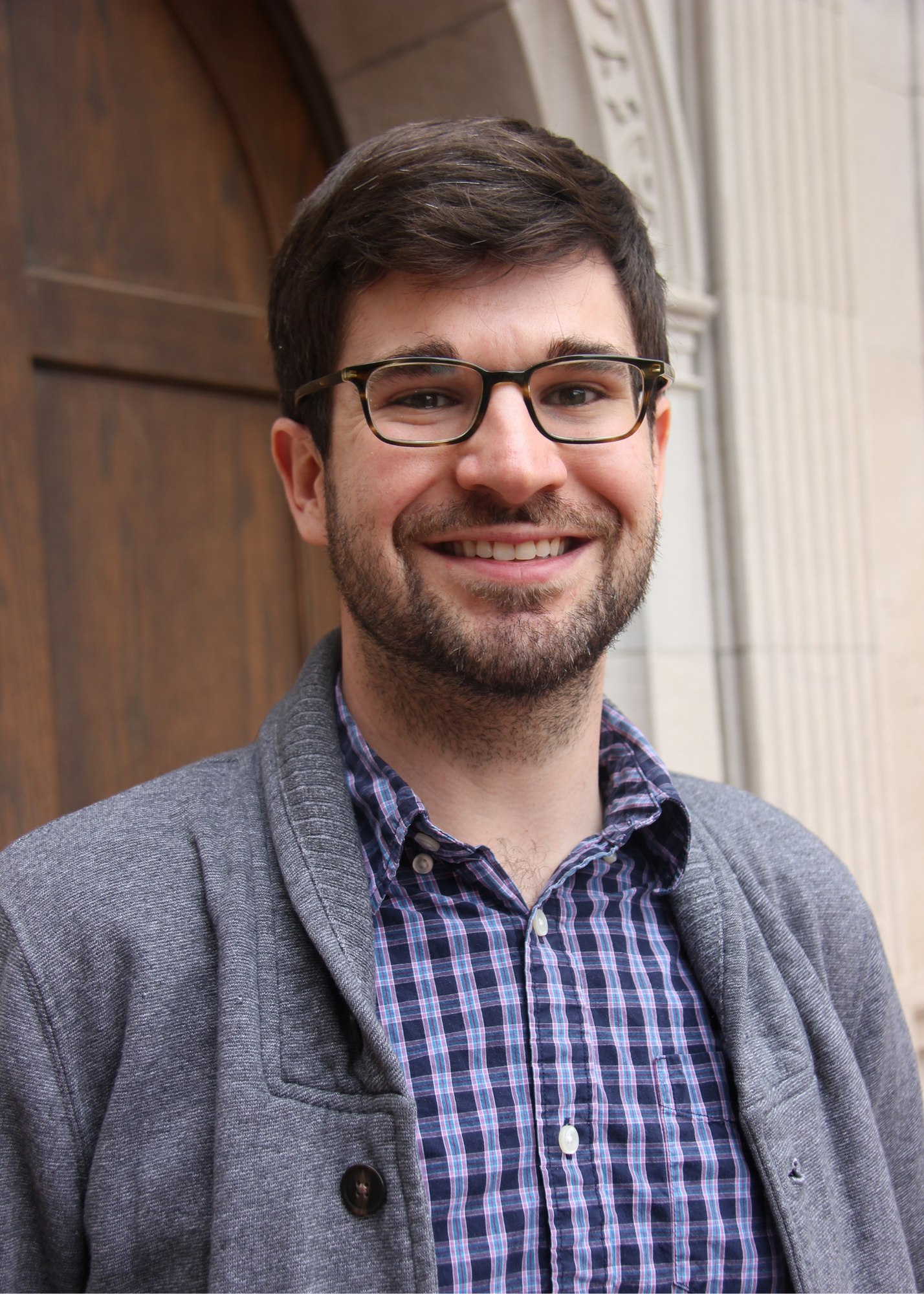 Brennan Keiser, M.S.W., is the Research Project Manager for the Implementation Science Coordination Initiative (ISCI). In this role, he manages day-to-day operations by helping to coordinate technical assistance and measure harmonization for the implementation research (IR) projects funded by NIH through the Ending the HIV Epidemic (EHE) plan. In addition, he has collaborated on several systematic reviews across the EHE pillars and contributes to developing infrastructure for future multi-site IR studies that will help identify best practices to improve delivery of HIV programs and services. With experience living and working in 8 different countries, Brennan’s work is guided by a belief that we all have a human right to health. He is passionate about sexual and reproductive health and rights and has contributed to local advocacy efforts to modernize HIV-specific criminal statutes in Missouri and aided in the design of programs globally that promote gender equity, menstrual hygiene, and adolescent sexual health. 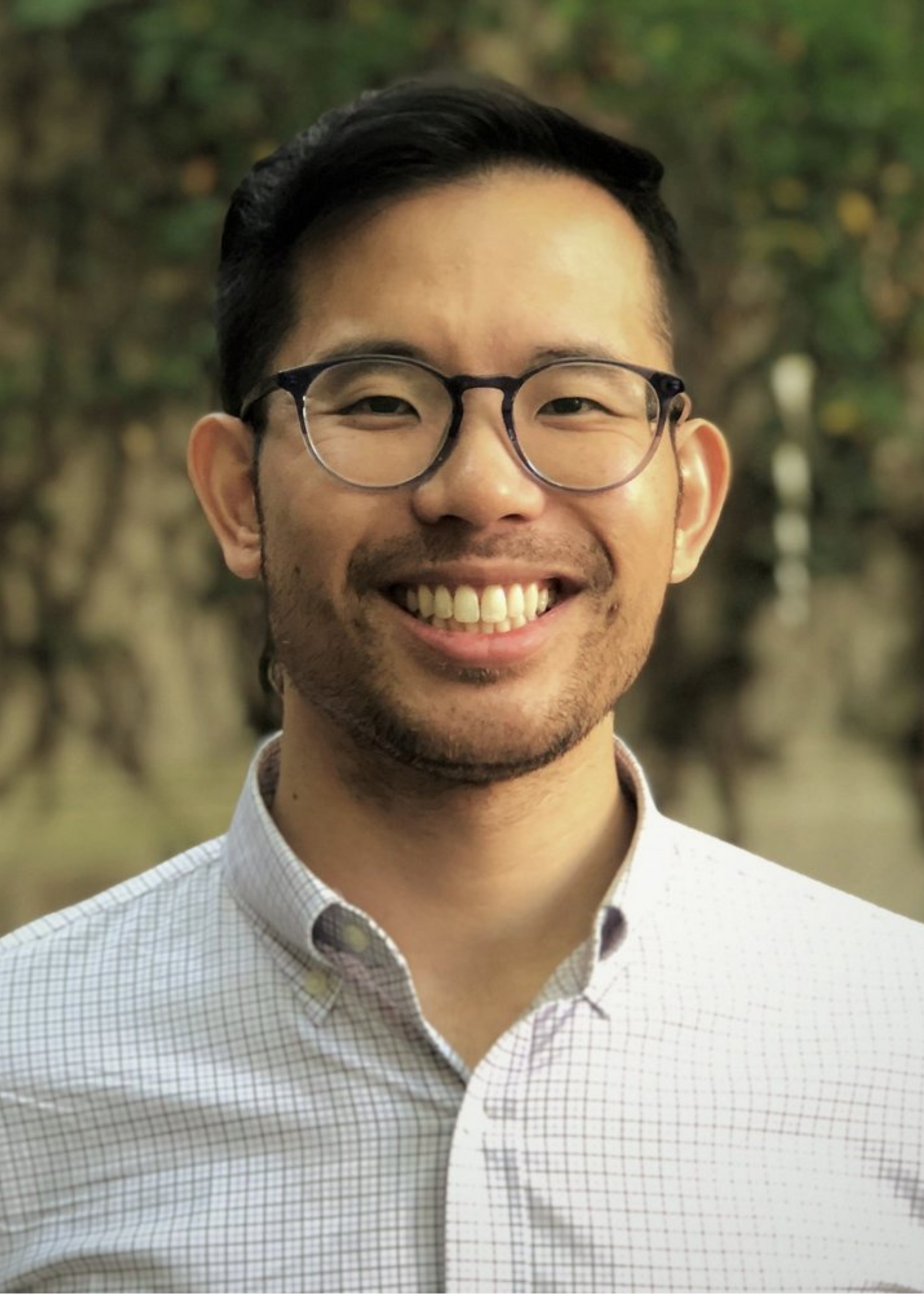 Director of Community of Practice

Dennis, Li, M.P.H., PhD., (he/him) is an assistant professor at Northwestern University in the Department of Psychiatry and Behavioral Sciences and the Institute for Sexual and Gender Minority Health and Wellbeing, where his research centers on the application of implementation science methods to HIV prevention and treatment. His work primarily focuses on the use of digital sexual health programs to reach adolescent and young adult sexual minority men with critical HIV education, and he is a co-investigator on four national effectiveness-implementation hybrid trials of such eHealth interventions. He also leads several pilot projects to identify best practices for implementing linkage and engagement strategies among HIV service providers in Chicago. Finally, he supports the development of generalizable knowledge to end the HIV epidemic as the lead of data and resource coordination for the NIH-funded HIV Implementation Science Coordination Initiative. 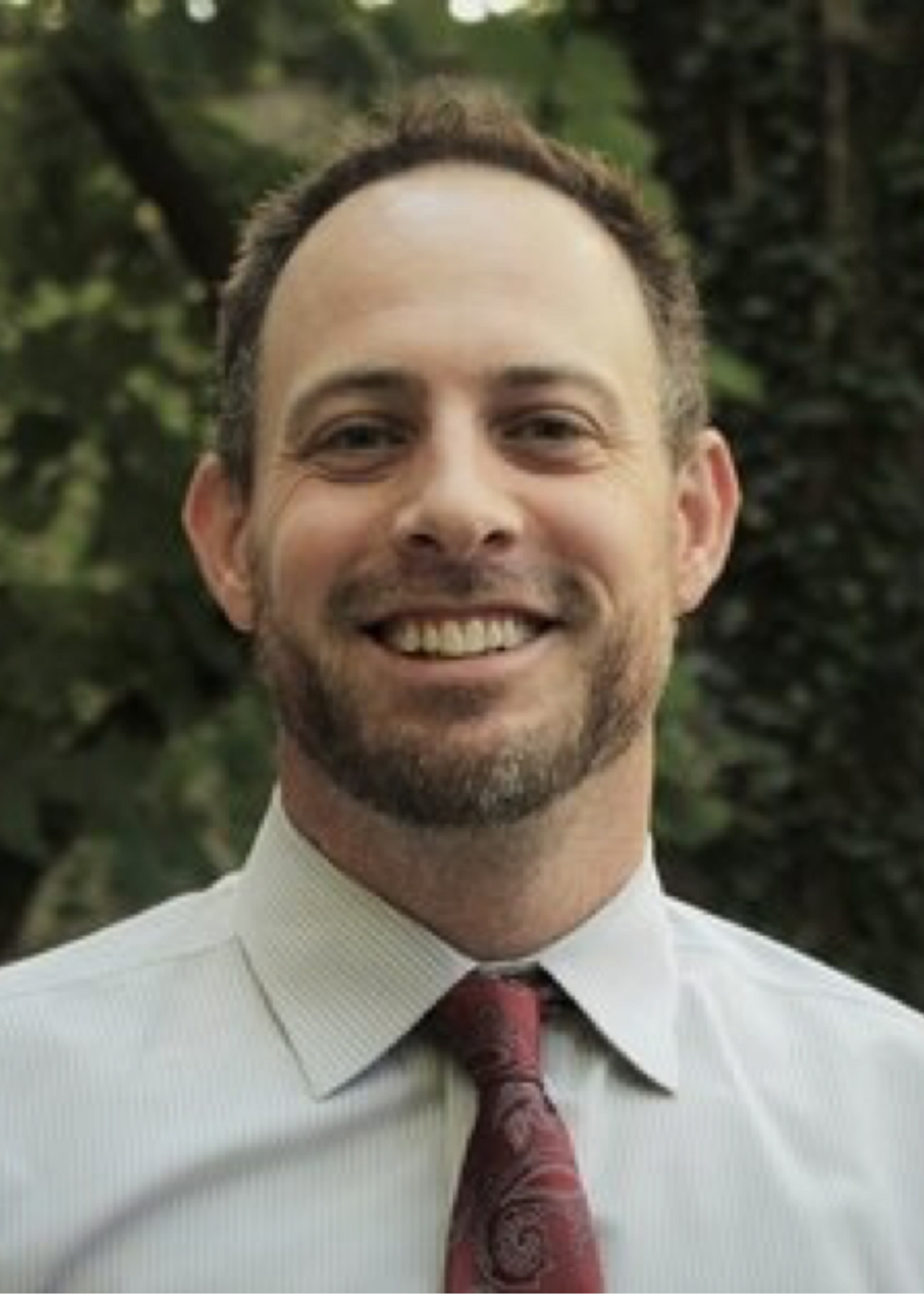 J.D. Smith, PhD is Associate Professor in the Department of Population Health Sciences, Division of Health System Innovation and Research, at the Spencer Fox Eccles School of Medicine at the University of Utah. He serves on a number of national committees and advisory panels on implementation science, and is currently the Associate Editor of both the journals Prevention Science and Families, Systems, and Health. Prior to joining the University of Utah in Fall 2020, Dr. Smith was Associate Professor in the Feinberg School of Medicine at Northwestern University in Chicago from 2015-2020 where he served as Associate Director of the NIDA-funded Center for Prevention Implementation Methodology for Drug Abuse and HIV and Co-Director of the Program in Dissemination and Implementation Science in the CTSA. 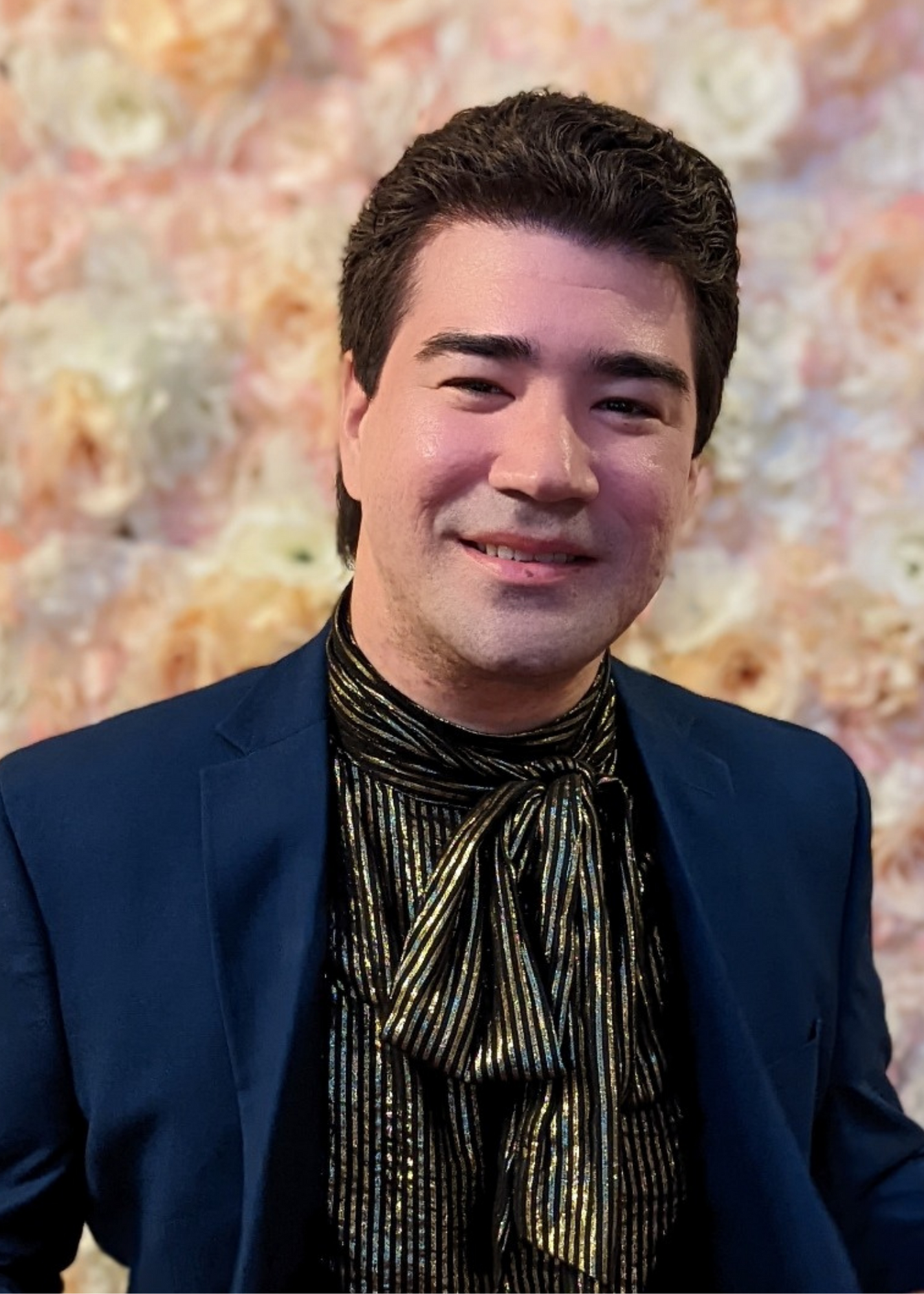 Eduardo (Eddie) Salinas, B.A., (he/him) is the Communications Coordinator for the Implementation Science Coordination Initiative (ISCI). In this role, he manages and supports internal and external day-to-day communications. Mr. Salinas received a B.A. in Mass Communication from the University of Texas Rio Grande Valley in Edinburg, Texas. From being a Spanish/English medical interpreter for the migrant community in West Michigan, to working as a substance abuse prevention specialist in South Texas, his work experiences have focused on aiding underserved communities and identifying specific issues and gaps in services within them. He has a deep interest in LGBTQ+ health and is passionate about community-based education and community mobilization.